Complete Our Questionnaire For a Free Case Assessment! ☞

Expungement is the “erasing” of criminal, traffic, and arrest records from public databases. Just about every criminal, traffic, and arrest record you may have been involved in are public record, even if the charges have been dropped. Once a record has been expunged it is no longer publically accessible to most employers. Some agencies such as the FBI can still access the records. And in most cases, people with an expunged record can legally answer “No” to whether or not they have been charged or convicted of an expunged offense 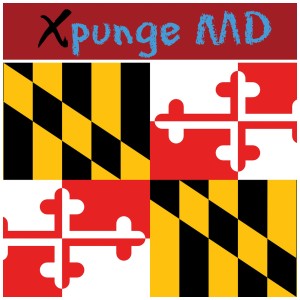 The source of rules governing the expungement process and eligibility of offenses for expungement can be found in the Annotated Code of Maryland – Md. CRIMINAL PROCEDURE Code Ann. § 10-102 – 109.

What Criminal Offenses are Expungeable in MD § 10-105

According to § 10-105 an offense may be expunged under these scenarios:

A person must file a petition for expungement in the court they where the offense was heard. The petitioner must fill in the appropriate information in the form. In many cases a general waiver and release must also be filed concurrently. There maybe certain requirements such as a waiting period before one qualifies for expungement. For example, a person with a stet or probation may have to wait 3 years after disposition before being granted an expungement. If a person in this situation need wants an expungement granted before then, then he or she should contact an attorney about a petition for early expungement for good cause. The expungement process takes roughly 90 days.

The sealing of traffic records is done by the MVA. Many records are automatically expunged after three years. If your record has not been expunged, or if you do not qualify for an automatic expungement, then you or your attorney may submit a manual request for expungement using the standard form or a written letter.

Xavier Pendergraft is an expungement attorney that has successfully petitioned for expungement on behalf of Marylanders and Washingtonians. Call 301-205-9013 or e-mail [email protected] with your full name and case number and Brian will assess wheter or not your case can be expunged free of charge